I'm still in shock after Sunday's (3rd September) triathlon organised by NiceTri Events. For the last 6-months I've been training for the St.Neots Sprint Triathlon. Part of my training plan was to do the super-sprint at the beginning of July in Bosworth, Leics to help me prepare for last Sunday's triathlon. But, it wasn't to be.

Unfortunately I fell off my bike the end of June, which put me out of action for 2-months. I was on the Redway Path in Milton Keynes, came around a corner, only to swerve to miss a child's scooter, clipped the handlebars on a wall, fell of my bike and ended up in A&E. No broken bones, but tore the tendons and ligaments in my left wrist and hand.

The pain was pretty intense, couldn't drive so I took a week off work and from the gym. Feeling miserable is miserable! It was time to take action and change my goals. Biking was out as I couldn't put any pressure on my wrist, swimming was ok as long as I didn't pull on my left hand, so the alternative was running in the pool.

As the weeks ticked by (8-weeks) my wrist was healing nicely, and enough for me to think I could take part in the St.Neots Triathlon Event on the 3rd September, which was just 2-weeks away. Enough time, hopefully for more healing. During that time I did very little road cycling, it was mainly Watt biking. When I did go out on the roads I wore my splint, but felt nervous as my right arm was mainly taking the weight. But with time I became more confident and started to lean on both arms, which made me feel more comfortable and stable.

Eventually the day arrives and my friend Burti picks me up at 5.45am. We were welcomed to the new day by a spectacular sun-rise. We arrive early, register, racked my bike, squeezed into my wet-suit (its Burti's really) and I'm ready to rock 'n' roll.

It's all so new to me, and there's a lot to take in, so many rules. Thankfully I had Burti pointing out exits for the swim, bike and the run and explaining the transitions of what and not what to do.

Before I knew it we are all listening to the briefing, and the next thing we're in the River Ouse with the swans and ducks. We had a few minutes to acclimate to the temperature of the water, which I thought was quite warm. The gun fires and it becomes a manic of flailing arms and kicking legs. At one point I had a body swim over me and found myself swimming under water to get away, when I did eventually come up for air, I was too close to somebody's feet and got kicked in the face. If this was the name of the game, then I needed to toughen up.

It took me a good half of the race to settle, but to be honest I didn't really find my rhythm. I think more than anything it was definitely a lack of training and experience on my part. Getting out from the River Ouse was a little slippery, but OK. Burti was there cheering me on and taking photo's.

You know when you see triathletes running and unzipping their wet-suits, well I tried to do the same. But the swim seemed to have zapped the strength out of my arms, swimming against the current was hard work. So I asked a marshall to unzip me, who happily obliged. Now to find my bike.

Transition 1. Wet-suit off, helmet on, socks and shoes on, gloves and glasses on and a quick slurp of water. Then I was off, trying to run with my bike when my legs didn't want to play ball was not easy. Through the bike exit and now allowed to ride my bike. It felt good to sit, get my breath back and focus on the job in hand. I felt strong and fearless, maybe that had something to do with the crazy swim.

I really, really enjoyed the bike ride, countryside was pretty and the route wasn't too demanding. In less than an hour I was back at the event, jumped off my bike, but wasn't quite expecting my legs to buckle, and no I didn't fall over, but close though. It was a funny feeling!

Transition 2 was quicker and funnier. I tried to run, wanted to run, but my legs felt like they were not attached to my body. Must have taken about a half km before I could run. I managed the two laps of the course and somehow managed to cross the finishing line.

It was only when I crossed the finishing line that it dawned on me what I had just achieved. I punched the air with sheer joy. No injuries, just a feeling of "I want to do it again." Biggest smile ever!

Burti and the family were there to support me, and it felt good to share my achievement. My first triathlon and it was the best feeling, amazingly I was first in my age category.

Winning my age category was a bonus and it definitely wasn't about winning. It was about the journey in getting fit to be able to take part in the triathlon. I could have so easily pulled out because of my wrist, but in many ways that was my driving force in adapting to change and focus on what I could do at that time, and not what I couldn't do.

Three-months later after my accident my wrist is still not 100%, but its getting stronger every day. I now have 6-months to train for next year's triathlon season. Yep, I've been bitten by the bug!

On my journey I learned that if you believe in yourself, one can do whatever they want to do and achieve their dreams. It's never, ever too late!

"The miracle isn't that I finished.

It's that I had the courage to start"

Learning to Swim in a Different Way

Come on in - the water's lovely!

My scariest, yet most exhilarating Adventure!

The Health Benefits to Swimming 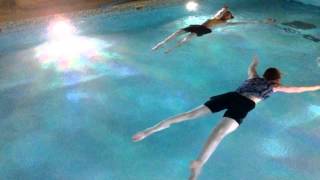 Learning to Go With The Flow 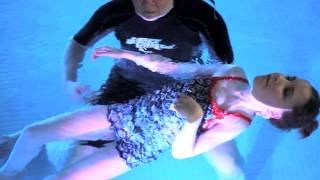 The Art of Teaching Swimming